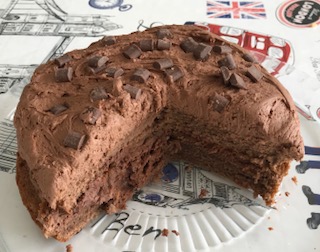 “You say tomato, I say tomahto”

The right decision can save on insulation costs whilst still delivering a sustainable building.

Saving money and a sustainable build!? This can feel like a contradiction in terms but it’s really not always the case……

For Part L compliance on current projects when do you use SAP 2009 version or SAP 2012 version? It’s possible either can apply but what are the advantages and what is the correct procedure to follow when determining which way to go? Whose decision is it, the planning officer’s or the building control officer? What will be the knock-on effect on the construction and the construction costs?

After a recent case carried out by our forensic SAP team for a major UK construction company we thought we’d share the intel on this….

A project of 9 new build flats was submitted for planning permission 19th December 2013 with permission granted 14th March 2014. The Initial Notice was served in March 2014 and the first inspection by building control was logged in August 2015.

April 2014 was the deadline after which any energy assessment for domestic dwellings, submitted with a planning application to a local authority planning office, had to include SAP calculations calculated to 2012 SAP software. The 2012 SAP software was incorporated in to the 2013 building regulations. However, the software was not available for use until April 2014.

Conventions applied for design stage calculations submitted to building control may be carried through to the as-built stage.

Planning permission for this project was granted on the basis of the SAP 2009 version which was correctly applied at the time. The sustainability conditions of the planning consent including the Code for Sustainable Homes (CfSH) were conveyed on 14th March 2014. Despite the changes in legislation for CfSH, rendering it obsolete after April 2015, the CfSH still has to be carried out under the conditions of the planning permission. Therefore, the as-design SAP calculations, that would have been used at the time for a CfSH pre-assessment, to show compliance with requirements for CO2 emissions reductions for the planning permission, should now be adhered to in order to achieve compliance for the Energy criteria. It is reasonable to request that they should be consistent with the requirements at the time of the planning submission and the subsequent consideration by the local Authority planning office.

Consequently, for the purposes of the construction of the building, the U-values and other thermal elements within the 2009 SAP calculations should be adhered to in order to satisfy the planning conditions.

When it comes to producing the On-Construction Energy Performance Certificate (EPC) for building control sign off then the 2012 version will have to be used as it is no longer possible to lodge an EPC with 2009 SAP software. Therefore, the on-construction energy performance certificate (EPC) will be done to current building regulations (2013).

SAP Conventions v7.01 also states, SAP calculations must always be done using the latest version of approved SAP 2012 software at both as-design and as-built stages. The only exception is where the as-designed calculation was done using an earlier software version and building control allows the use of that version of the as-built calculation.

Therefore, it is within the building control officer’s powers to allow the consistent use of the 2009 SAPs (as design and as built) despite the lapse of time between submission for planning permission and the first inspection on site. It would demonstrate consistency with the council’s conditions and the use of 2012 software to lodge the on-construction EPC would also comply with the Building Regulations requirements for Part L1A at the point of practical completion and sign off.

Furthermore, in respect of how to determine which is the correct application of SAP calculation, 2009 (also known as 2010) or 2012 (also known as 2013), it is the Government Building Standard Division that regulates the application processes.  However, BRE (Building Research Establishment) who certify Code for Sustainable Homes and BREEAM Assessments, issue the following guidelines.

When the EPC is to be produced on completion of the building it is the version of software used to demonstrate compliance at the completion stage that should be used. – Craig Donnelly – Building Standards Division – Local Government and Communities Directorate – Scottish Government.

UK BRE and Certification Schemes have advised the same for England as this is common practice in the UK.

Exceptions to the rule

There are examples of when the above could not apply, such as, if the planning permission had lapsed between original submission and the start of the build from a subsequent planning application. If there is a change in the design and the construction detail on site then the building control officer could have good reason to insist on the SAPs complying to 2012 version for building regulations 2013 compliance.

Some building control officers will automatically assume that the initial notice triggers the decision as to which SAP version must be used. However, the above demonstrates that it’s not always that simple.

“You say tomato, I say tomahto”

Version, shmersion. You may wonder, why should we care? What’s the difference and how will it affect our project? Back in the days of Building Regulations 2010 the U-value requirements for insulation (ground floor, external walls and roof) were less onerous. Also, the reduction in carbon emission targets were way lower, 25% for Code for Sustainable Homes at the time of 2010 regulations against around 45%, depending on the council, for anything after 2013. Where the reduction in carbon emission is higher greater emphasis must be placed on insulation, level of glazing, and renewable technologies for heating -especially for new builds.  That’s why there is good money to be saved by adhering to the 2009 SAP version. Less insulation and double glazing with not such a low u-value can be installed together with a renewable technology. Alternatively, a truly fabric first approach can be taken to avoid expensive renewables all together. With the 2012 SAPs for Building Regulations 2013 high levels of insulations, low U-values for glazing and renewable technologies are all required for new build, domestic or commercial buildings.

Any new build house will benefit from renewable technology and in most cases this is now essential for either 2009 or 2012 SAP version builds. Therefore, a little less insulation together with some high performing glazing, PV panels or air source heat pump or CHP will still produce an energy efficient and sustainable building. Every little helps….