Are you for or against? 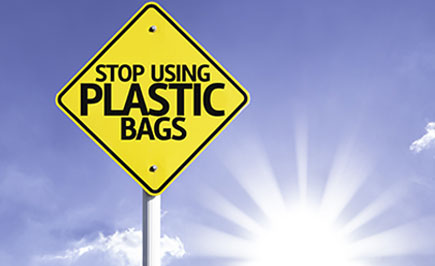 In 2014 British shoppers took home 8.5 billion single-use carrier bags from big supermarkets. The average household has 40 of them stashed at home. But from October 5th large retailers in England will have to charge at least 5p ($0.08) per bag (in Scotland and Wales the levy already exists). What will be the impact?

After Ireland introduced a plastic-bag charge in 2002 (at €0.15 or $0.17, a pop) usage dropped by 90%, according to a paper by three researchers at University College Dublin. Marks & Spencer, a British chain which introduced its own 5p charge in 2008, found that it prompted a fall of 70%. Assuming a similar drop now takes place across England, consumers will pay about £100m for their bags over the next year, or about £2 each. Sceptics of the plan believe that as people turn to sturdier “bags-for-life” they will shell out more; optimists counter that supermarkets may reduce their grocery prices since they will face lower “hidden costs” in providing bags.

For such a low charge, the environmental benefits could be large. Although plastic bags make up a small amount of Britain’s litter, they can take 20 years to decompose fully, says Keep Britain Tidy, a charity. According to government estimates, cutting plastic use by 60-80% might lead to a reduction of about 100,000 tonnes of carbon dioxide a year, equivalent to taking 35,000 cars off the road. And although retailers can spend the proceeds of the levy as they please, many see donating them as a good public relations stunt: Tesco, for instance, has passed on the net revenue from sales of carrier bags in its Welsh stores to the Royal Society for the Protection of Birds.

Some MPs, like Philip Davies, a Conservative, are opposed to the policy on the grounds that it represents the worst of the “nanny state”. But behavioural economics suggest otherwise. That such a tiny fee can prompt so big a change implies that the charge is really more of a “nudge” towards something that people would be willing to do, if only they had the willpower. Indeed, polls show that around six out of ten people are in favour of the 5p charge. Britons want to use fewer plastic bags; they just need a little encouragement.