A report to Parliament says 25 million existing homes will not meet the insulation standards required by mid-century.

The UK needs to cut carbon emissions by 80% by then – and a third of those emissions come from heating draughty buildings.

The government said it would devise policies as soon as possible.

But critics say ministers have been far too slow to impose a national programme of home renovation which would save on bills and improve people’s health, comfort and happiness. It would also create thousands of jobs.

Successive governments have been criticised for failing to tackle the UK’s poor housing stock – some of the worst in Europe.

Local authorities have limited cash to insulate council homes, and landlords and owner occupiers have proved reluctant to invest large sums in disruptive improvements that will save on bills, but take many years to pay off.

The report from a group of leading construction firms – the Green Building Council – says four out of five homes that will be occupied in 2050 have already been built.

That means 25 million homes need refurbishing to the highest standards by 2050 – at a rate of 1.4 homes every minute.

The authors say this huge challenge also offers an unmissable opportunity under the government’s infrastructure agenda. The fiddly business of insulating roofs, walls and floors creates more jobs and has more benefits than any existing infrastructure priority, they maintain.

The question is how to pay. The government’s Green Deal scheme for owner-occupiers collapsed amid a welter of criticism that interest rates for insulation were too high, and that the insulation itself was too much hassle.

The government has failed to produce a replacement solution to stimulate necessary demand for refurbishments amongst owner-occupiers. The Treasury is reluctant to throw public money at improvements that will increase the sale value of private homes.

It says the construction industry needs certainty about what it is expected to deliver, and measurement to discover what is already being built. This should stimulate innovation, it says.

Julie Hirigoyen, head of the GBC, told BBC News there was a great prize to be grasped in upgrading building stock: “People will have warmer homes and lower bills; they will live longer, happier lives; we will be able to address climate change and carbon emissions.

“We will also be creating many thousands of jobs and exporting our best skills in innovation.

“Driving up demand for retro-fitting homes is essential for any policy to be a success – the Green Deal told us just offering financial incentives isn’t necessarily the only solution. We need to make it all easy, attractive and affordable.

“The good thing is that the business community is really starting to recognise the opportunity.” 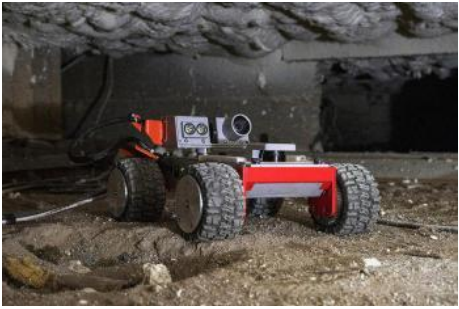 Ms Hirigoyen called for support for innovation amongst builders. The GBC pointed to a firm, q-bot, which insulates people’s floors by sending robots to creep under people’s floorboards and spray them with foam.

“That means local authorities having to re-house tenants whilst it’s being done. With our robot, we can seal and insulate wooden floors without hardly touching the inside of the house.” 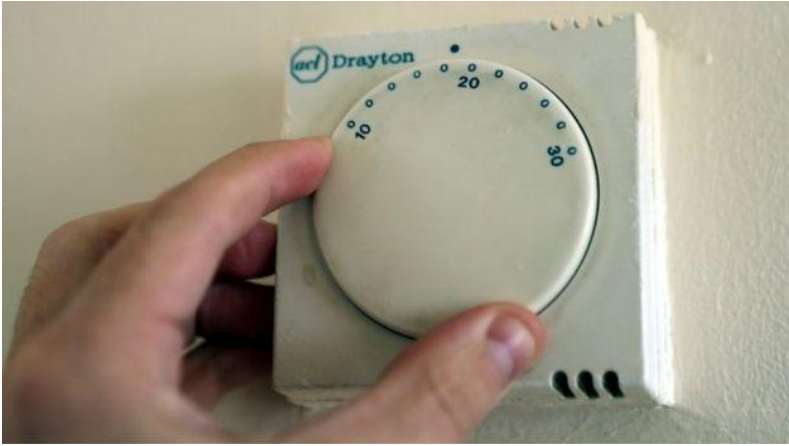 Mr Holloway’s start-up business was funded by the EU and the business department BEIS, but industry experts complain that building insulation research has received a tiny fraction of the sums channelled into glamorous renewables.

In the last 25 years, governments have tended to shy away from the issue. The Labour government made a rule that people extending their properties should be obliged to insulate the rest of their home too.

However, the Coalition government dropped the clause after it was labelled a “conservatory tax” in the media, even though it was not a tax and did not refer to conservatories.

The government is currently focused on bringing down bills through fuel switching – but home energy expert Russell Smith said: “Switching saves on average £25 a year. That’s not much help to a person in fuel poverty. The solution is refurbishing homes, but it’s difficult, so politicians keep putting it on the back burner.”

Mr Smith is currently refurbishing Ruth Baber’s home in Wimbledon, south London. He says it has added 10% to the £250,000 total cost, which included major extensions, but will save 80% of energy bills and take about 20 years to recoup.

Ms Baber is downsizing into the house and said: “I’m worried about climate change and I look forward to being able to control the heat in my house better. I’ve done it [the insulation programme] for my grandchildren, for the future.”

The government’s task is to persuade another 25 million people to follow her lead.